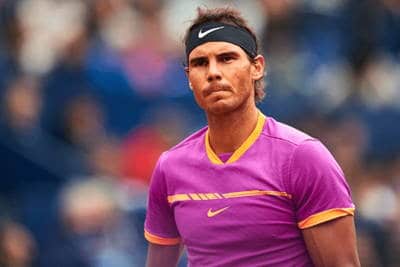 This week we are going to analyse the ATP 500 on clay in the principality of Barcelona, a classic of the circuits that this year has a luxury line-up.

Like last week in Monte Carlo we have again a much tougher top draw than the bottom with the likes of Nadal, Nishikori, Chung, Djokovic, Goffin or Bautista.

At the bottom the big favourites are Dimitrov, Carreño and above all Thiem who made the final last year losing to Nadal. 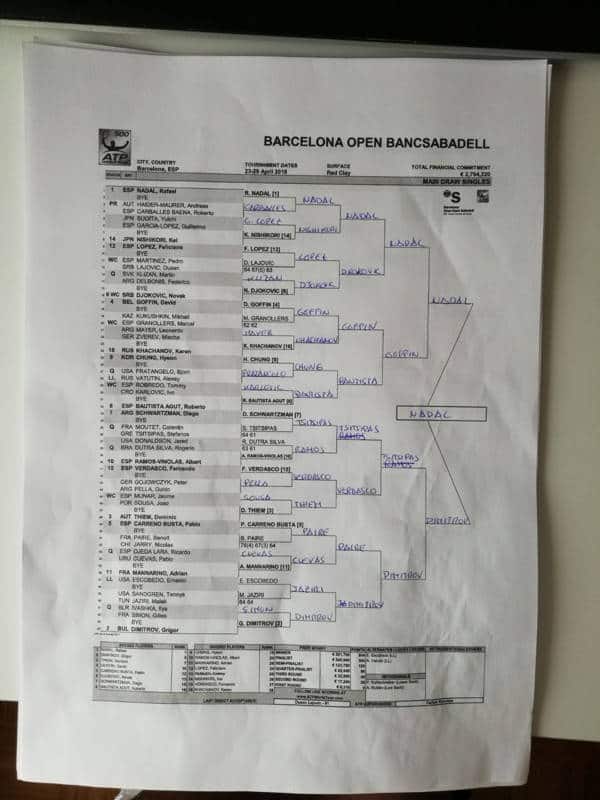 Tournament with a very hard draw for Nadal that the only weak rival that he has will be the one of his debut, something that will come to him well for rhythm in the face of the hard encounters that will come to him later.
Nishikori, Djokovic and Goffin are the players I think the Manacor native will face on his way to his 11th Barcelona title.
Nice will be the duel against Djokovic who has already shown signs of improvement in Monte Carlo and I think that in this tournament will give a much bigger jump, and already in Madrid will have to be careful with him, even so Nadal is far from the Serbian, and if I had to bet something, it would be that Nadal will not lose a match in the whole tour of earth.

In the lower part of the draw there are two clear favourites, Dimitrov and Thiem, the Bulgarian has taken a step forward in Monte Carlo, I think the tournament has been great for him because clay was a surface that did not give him confidence and I think that has changed after the hesitant start in Monte Carlo and the great first set against Nadal.
Thiem needs to defend last year's points and take advantage of the fact that this time Nadal is not in his part of the draw, but in my opinion it will not be so, if Verdasco is recovered from the problems that have weighed him down in Monte Carlo, and manages to beat Pella it will not be good news for Thiem.
The player from Madrid is very comfortable in his matches against the Austrian, just the opposite of Thiem, who has already lost to Verdasco twice in a few months, the last one on clay a month ago, and he is taking a good beating.

I was very careful with Paire in this side of the draw, for me he is one of the underdogs and I had a lot of doubts to decide whether to put him or Dimitrov in the semifinals.

Going back to Thiem's side, I think the other dark horse will be the Greek Tsitsipas, Schwartzman I don't see him fine after his great South American tour, Ramos has been very hesitant all year, and Verdasco will undoubtedly make a mess after beating Thiem. 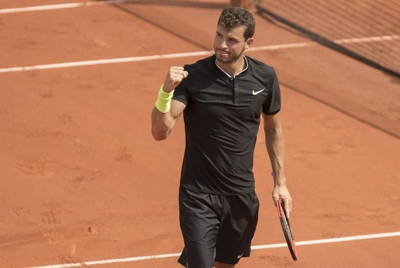 Little to say in the final, again Nadal is the favourite, and should not suffer with Dimitrov.

ATP 500 tournament that does not have many long-term odds, and with Nadal champion at 1.40 little can be scratched.

Dimitrov will reach the final if you can find him at home.
Trust Paire and Tsitsipas in all their matches, as well as Verdasco if he plays Thiem, and Djokovic in his matches before Nadal.

Here you can bet on Paire to win against Carreño and Tsitsipas against Schwartzman.