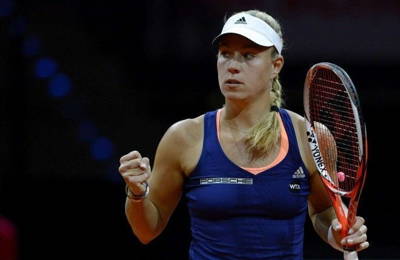 We have a very good draw in this tournament in Stuttgart where almost all the best players are present except for Wozniacki and Williams.
The German tournament is played in indoor conditions so it is not the usual clay but the ball bounces quite fast and it is more like indoor hard than clay.
It is a tournament where the Germans tend to do particularly well, winning it in the last three editions. 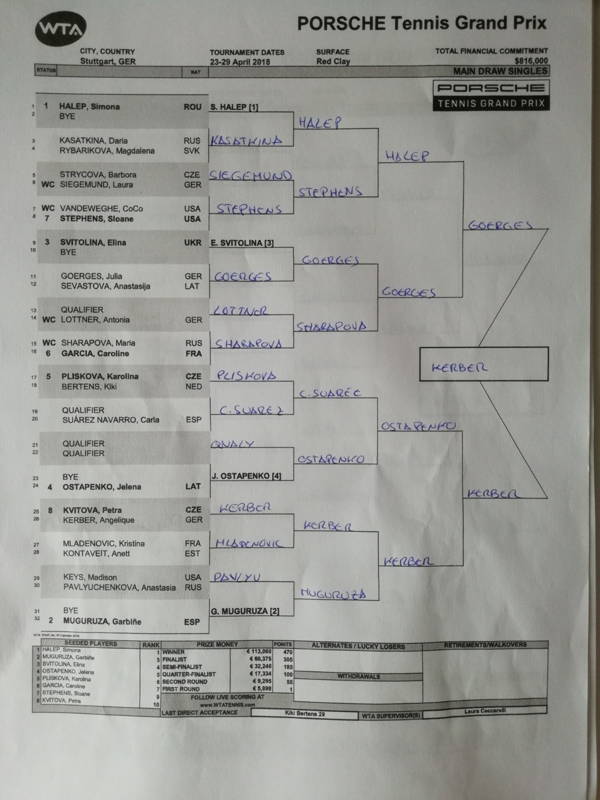 The top has Halep, Stephens, Siegemund (she always does great here), Kasatkina, Svitolina, Garcia, Goerges or Sharapova as the most important players.
Great players to fight for a place in the final.
Very complicated this draw where I have relied on the German Goerges and Simona Halep, although this will have a very hard bone with Sloane Stephens who is very confident, unlike Halep who is not leaving good feelings in their recent meetings, despite this I think the ruma will reach the semifinal where I hope to fall defeated by a tough Goerges who already won the tournament in 2011 and generates me a lot of confidence this year.
To get there she would have to be able to eliminate Svitolina, who personally doesn't convince me, and to make the leap that is expected of her. 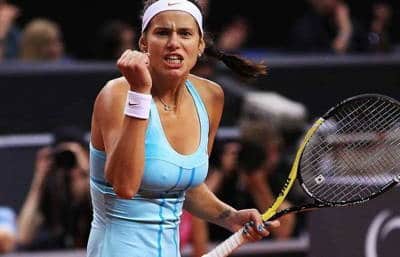 At the bottom there is a tough duel from the first round between Kerber (winner in 2016 and 2015) and Kvitova, for me the best player of the moment.
In addition Kerber has left bad sensations in the Fed Cup this weekend and Kvitova herself beat her very easily.
But it's not the same playing in Fed Cup (the Czechs are specialists) than as an individual player, the pressure is completely different, and I hope Kerber will be able to show how good she is on this court.
I know it is a very risky prediction because for bookmakers the German should already fall in the first round clearly, but I prefer to risk with her.

Even so, she would have to eliminate Mladenovic and Muguruza before facing a revived Ostapenko in the semi-finals.
The Latvian has regained her confidence and I think she will do a great job in this tournament, although if Kerber reaches the semi-finals I doubt that Ostapenko can beat her.

German final where I trust more in Kerber who has shown that she knows how to win finals and that she is particularly good at it.